I hate when I’m wrong. When I’m right, I like to rub it in. Nicely, but rub it in good. Saying I TOLD YOU SO, is very gratifying. Especially in marriage. 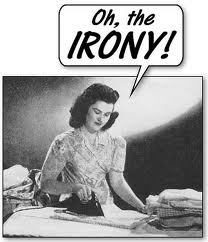 Not this kind of irony.

a (1) : incongruity between the actual result of a sequence of events and the normal or expected result (2) : an event or result marked by such incongruity b : incongruity between a situation developed in a drama and the accompanying words or actions that is understood by the audience but not by the characters in the play —called also dramatic irony, tragic irony

Here’s the shiz– I got a speeding ticket in the school zone at Emma’s middle school. Craptastic. It has one of those flashing school zone lights with the auto camera that flashes if you go over the speed limit and they mail you the ticket. When it was first installed James got a warning mailed to him. Boy did I ride him on that one. And don’t get your bloomers in a bunch- I nagged him incessantly on why he needs to heed to the 20mph law for that strip of road. It’s a school zone for pete’s sake, they don’t put those signs up for nothing, I yelled.

So what happens? An envelope comes in the mail that HE opens (I need to get the mail first apparently) and was actually feeling guilty thinking it was his (the cars are registered in his name). He politely says, ‘the Honda Odyssey was photographed in front of the school on Dec. 8 at 2:38 pm going 29 in a 20’. 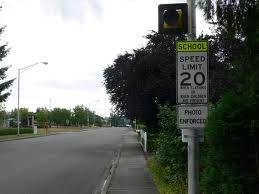 I wanted to answer, ‘oh, that was the day some punks took the minivan for a joyride and happened to drive by the school’.  But instead, I just looked at him and said, ‘yeah, so?’

Hubs- “looks like it won’t go on your driving record and will just be a parking infraction.”

Me (nonchalantly)- “oh, lucky me. How ironic since I always nag you about that huh?”

Hubs- “yep, surprised it was you not me.”

I hate when he’s the better man. Dammit.

So then I said, “the good news is I returned the library books that were way over due and they were going to charge us for and they found the one that was turned in but they thought was missing and were going to make us pay for, so really my money is just going to the city anyway.” (okay, our library is a County library, but give me a flippin’ break)

The point is- What I thought I saved in library books fees, I owe in speeding tickets.

And gosh darn it, James is nicer when it comes to rubbing stuff in my face. So there. I said it. 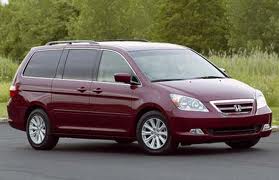 'Slow down ma'am, this is a school zone'