“We need to talk about something”, “I don’t want any drama“, “Maybe you’re just jealous, no offense“.

Do you see what I’m doing here? All these phrases are total mindfuck bullshit. Yep. That’s what I said. Why? Because they do exactly the opposite of what the speaker is saying.

….How’s that working? Are you NOT thinking of an elephant? 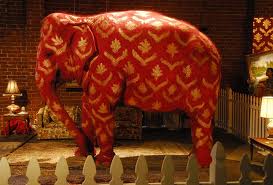 What elephant? I don't see an elephant.

So when the husband comes home from work and has an issue with a recent blog, let’s say. And says, ‘now don’t get mad, I don’t want to start an argument’…. Guess what? He doesn’t even have to say anything- I’m already fired up. My gut has dropped to my feet and the anticipation of what he might say is worse than what he will say. 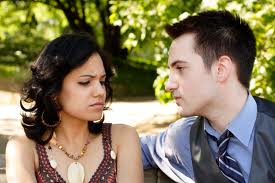 Or when you’re with a group of ladies and one of them says, “No offense, but I hate PTA or I don’t let my kids watch TV or what’s up with your latest eating habits?”. I kinda get offended. I mean, not really OFFENDED, but just maybe more my feelings might get hurt. Offended is far more serious than just slightly bruised in the ego or feelings department, but still. Just saying, ‘don’t get offended’, kind of puts me on the defense, right away.

The worst is when you watch those ridiculous reality TV shows where the women all squawk and whine about the others behind their backs. Then at a party they say, ‘well the last thing I want is drama‘. Really? Cuz you were kind of poking the hornets nest back there by smack talking your friend’s best friend’s sister in law. 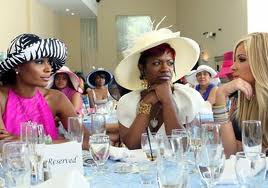 "That bitch said what about my hat?

Any leading statement to a statement you are about to say, can really set someone off, before you say  what you were going to say in the first place. Capiche?

Let’s have a lesson in semantics people. Husbands- listen up. Mother-in-laws lean in. This is what you do.

When there’s something you want to say, don’t lead in with the opposite/alternate/reverse psychology phrases as mentioned above. Just say,

Husbands– “Oh hey, would it be okay if you didn’t continue to blog about my lack of skills in changing the roll of toilet paper and that you think I’m an asshat?” Say it in a real nice tone, then finish with, “Would you like me to get you a glass of wine?”

Mother in law-“I think your children should eat more vegetables and swear less.”

Friends “I wanted to let you know that when your daughter was hanging out with my daughter last week she showed a picture of various venereal diseases and their symptoms on her smartphone and it grossed our daughter out. But I know she’s not a slut. It’s okay.”

See how easy that was? All straight forward, no passive aggressive lead-ins. Just say what you have to say. Remember, it’s all in the TONE of your voice, body language, actions, that sort of thing. And don’t end with, “I’m just sayin’.” That’s bad too.

I think this will make things so much easier.

But let’s be honest. When it comes to ME. If you know me, just say what I want to hear, not what I should hear. That’s what really works.

Ricky never leads with bull shit lines like, "Now don't be offended." He just goes straight to offending you.